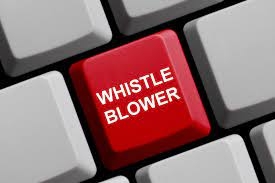 The concept Whistle Blowing
There is no consensus definition of whistle-blowing (Brennan & Kelly, 2007). One consistent element that scholars agree on is that whistle-blowing is an act to account, report as well as expose wrongdoings. The whistle-blowing term has been differently defined and debated in available literatures. The substantial disagreement as well as arguments surround which channels (external vs. internal whistle-blowing) to report and whether auditors (external or internal), should be countered as whistleblowers.

For instance, some researchers assert that whistle-blowing is an action which involves reporting of the wrongdoing is only to outside persons. Jubb (2011) asserted that “whistleblowing is an ethical dilemma because it necessitates a breach of trust”. This is because the whistleblower has violated his loyalty not only to his own organisation but to the professional association he represents as well as to the general public. To Jubb (2009), an internal disclosure on the other hand, is considered as discreet and the intention is only to get the attention of internal management and not to the general public and hence fails to create the notion of an ethical dilemma.

Whistleblower
According to Gobert and Punch (2017), whistleblower can be referred to as “... an individual within an organisation who reveals negative information about the organization, its practices or its personnel. The information may relate to abuse of power, fraud, mismanagement, waste, corruption, racial or sexual harassment, or health and safety dangers. A whistleblower is a person who tells the public or someone in authority about alleged dishonest or illegal activities occurring in a government department, a public or private organization or a company. The alleged misconduct may be classified in several ways; a violation of law, regulation and or a direct threat to the public interest such as fraud, health /safety violation and corruption (Hannigan, 2016). Miceli, Near and Dozier (2011) describe whistleblowers as committed members of the organization who feel compelled to report wrongdoing by their own sense of moral behavior.

Challenges and Prospect In Whistle Blowing
Whistleblowers suffer in various ways including ostracism, harassment, punishment, punitive transfers, reprimands and dismissal
The risk of corruption is significantly sensitive in environments where the reporting of wrongdoing is not supported or protected. These include:
1.    Public and private sector employees have access to up-to-date information concerning their workplaces’ practices, and are usually the first to recognize wrongdoings.
2.    However, those who report wrongdoings may be subject to retaliation, such as intimidation, harassment, dismissal or violence by their fellow colleagues or superiors. In many countries, whistle blowing is even associated with treachery or spying.
3.    Whistleblower protection is therefore essential to encourage the reporting of misconduct, fraud and corruption.
4.    Providing effective protection for whistleblowers supports an open organizational culture where employees are not only aware of how to report but also have confidence in the reporting procedures.
5.    It also helps businesses prevent and detect bribery in commercial transactions.

How To Be Public Speakers? Check Out Public Speaking Courses
Different Formats And Types Of Term Papers
A better world with child sponsorship
An Overview of Biomass Energy
3 Alternatives For Investing For Your Child’s Higher Education Costs
Online Degrees Guide
The phases of Memory
Importance of co-operative Development to Public administration Students
Unemployment in our Society
Challenges of Whislte Blowing